Lauderhill is located in Broward County, Florida. As of the 2010 United States Census, the city's population was 66,887. Its sister city is Chaguanas, Trinidad and Tobago. The development that eventually came to be known as Lauderhill was originally to be named "Sunnydale", but William Safire, a friend of the developer, Herbert Sadkin, convinced him to change his mind.

In 1970, the Inverrary Country Club was built, and in 1972 its golf course became home to the Jackie Gleason Inverrary Classic. Gleason himself built his final home on the golf course. 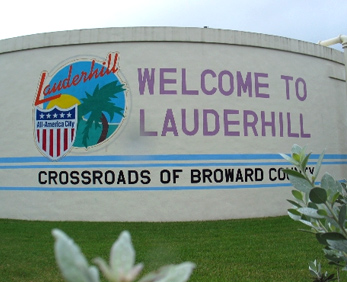