Hollywood is a city in Broward County, and of 2013 Hollywood has a population of 146,526. Founded in 1925, the city grew rapidly in the 1950s and 1960s, and is now the twelfth largest city in Florida. Hollywood is a principal city of the South Florida Metropolitan Area, which was home to 5,564,635 people at the 2010 census. Joseph W. Young founded the city; he dreamed of building a motion picture colony on the East Coast of the United States and named the town after Hollywood, California. 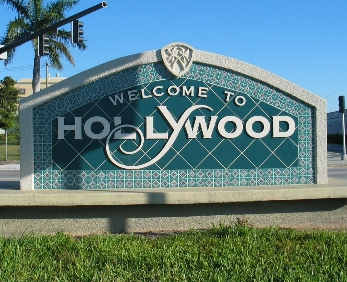